DISCLAIMER: This is an unofficial organization that is not connected to any one government entity. 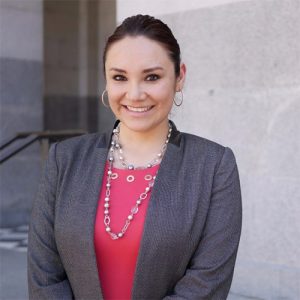 Angelica Quirarte, also known as Angie, is the Deputy Director of the Office of Digital Innovation. Most recently she was product owner of the first version of CA.gov and led the team that created Californian’s response website to COVID19 – covid19.ca.gov. In her role she works on strategic engagements that use design, data, and empathy to solve hard problems and empower public servants. She has developed and implemented state-level governance structures and policies for digital innovation including web standards, web accessibility, open data, and open source. She was a member of the California GovOps DMV Strike Team that Governor Newsom announced in January 2019 where she led the coordination of the strike teams’ deliverables to help transform DMV service delivery; and champions initiatives such as Code California and the state’s open data program.

To support the platform of change, she founded NxtGov, a network of government change-agents looking to bring pride back into public service and bridge the silos to help us collaborate, serve, and inspire the next generations of public servants. Angie was born in Guadalajara, Mexico and migrated to the Bay Area with her parents and two younger brothers when she was 10 years old. She has a BA in History of Public Policy from UC Santa Barbara, and loves to dance and eat spicy food. 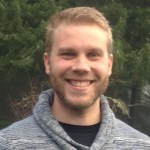 Seth Yund is an Air Pollution Specialist at the California Air Resources Board and Vice President NxtGov. Seth transitioned from a career in biological research to State service to understand and enhance how data influence the development of policy. He holds a Master of Public Administration from the University of Southern California and a Bachelors in Biological Sciences from Chapman University. 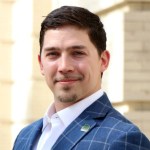 He holds a Master of Environmental Management from the Duke Nicholas School of the Environment, specializing in Environmental Economics and Policy and focusing on technology evaluation and marketization. In addition to his work, Neil is a former co-chair of NPCA’s Next Generation Advisory Council and the Development Officer for the Michigan Rugby Foundation. 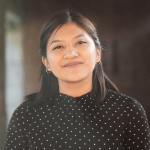 Jessica Lopez is an Executive Fellow placed at the Government Operations Agency. In May of 2020, she received a B.S. in Public Policy and her Master of Public Administration from the University of Southern California. In her free time, she enjoys painting, listening to podcasts on crime and politics, hiking, re-watching TV shows, and reading books on mystery and mythology. 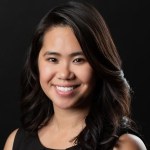 Alana Bui currently serves as the Chief of Administrative and Business Services for the Maternal, Child and Adolescent Health Division (MCAH) of the California Department of Public Health (CDPH). She leads a team of analysts and support staff to develop and implement new systems, methods, and infrastructure to support the administrative and business needs of the MCAH Division. Prior to joining MCAH, Alana served as the Statewide Adopt-A-School and Youth Mentoring Program Administrator for the Department of Transportation (CalTrans) and as the Workforce Development and Policy Coordinator for the Department of Consumer Affairs. She is committed to furthering initiatives aimed at supporting at-risk and foster youth throughout the state through mentorship, career exploration and work-based learning opportunities. She has an undergraduate degree in Criminal Justice from Sacramento State University, a graduate degree in Public Administration from the University of San Francisco and is currently pursuing a Juris Doctor degree from Lincoln Law School of Sacramento. Alana spends her free time with her four children watching football and baseball, cooking, baking, and exploring Sacramento and bay area restaurants. 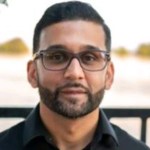 Sean is committed to emphasizing the human in Human Resources and has been obsessed with the art balancing best for business, best for the personnel, and best for stakeholders his entire career. He is also a firm believer in having the right people in the right role at the right time and is passionate about providing resources and guidance to those who are committed to their progress in public service, and the progress of the California as a state.

Sean received his B.S in Business Administration from the University of Phoenix. In his spare time, he enjoys a good game of golf. 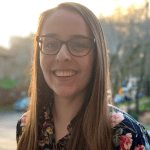 Becca Moore is a Staff Finance Budget Analyst at the Department of Finance and manages a natural resources and emergency response portfolio. She’s a budget nerd through and through and is passionate about helping others understand everything from the nitty gritty of administrative processes and the sweeping reach of statewide policy.

Becca was born and raised in Sacramento and studied Classics and History at the University of California, Davis. Outside of the office, you’ll find Becca with her nose in a book or paging through the latest policy briefing (usually over a meal from one of Sacramento’s amazing local restaurants). 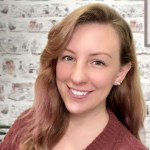 Kelijo (sounds like “Kelly-Jo”) is a Workforce Planning Specialist for the California Department of Tax and Fee Administration. She has over seven years of experience in the health and wellness industry which she applies to her position at CDTFA to coordinate employee wellness and engagement programs, and provide career counseling services. Kelijo graduated with a B.S. in Kinesiolgy and a minor in History from Sacramento State and will graduate with her M.B.A. in March of this year.

Kelijo enjoys hiking with her girlfriend, walking with her dog, playing board games, and reading thriller novels. 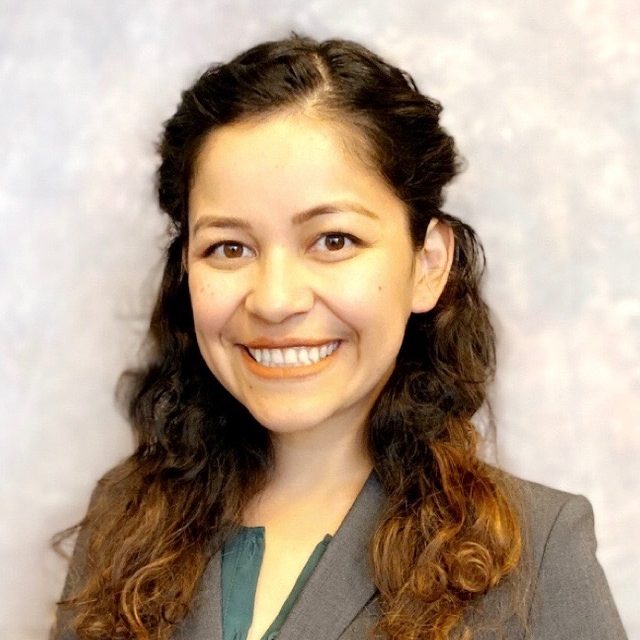 Araceli is a Business Outreach Liaison in California’s Office of Small Business and Disabled Veteran Business Enterprise Services. In this role, she connects small businesses to government contract opportunities. When these businesses get contracts, they create jobs and this in turn helps the state’s economy grow. Araceli is a graduate of the University of California, Irvine. She is passionate about collaborating with civil servants across government sectors to streamline government processes. She often seeks projects that align with these passions and appreciates the opportunities that NxtGov provides. Araceli loves volunteering alongside her family, collaborating with talented civil servants and engaging in innovative projects that aim to connect government departments to better serve the public. 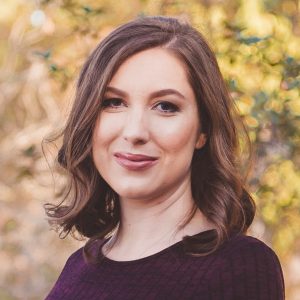 Kelly works for the State Treasurer’s Office as a Research Data Specialist II. She conducts research and data analysis on a variety of municipal debt issuance and investment-related topics, including disclosure practices of risks attributed to climate change. She is passionate about collaborating with others and finding ways to make positive contributions to the community. Kelly graduated from the University of California, San Diego with a Bachelor of Arts degree in economics and earned a Master of Arts degree in applied economics from San Diego State University. She enjoys volunteering, playing board games, trivia and spending quality time with her husband and son. 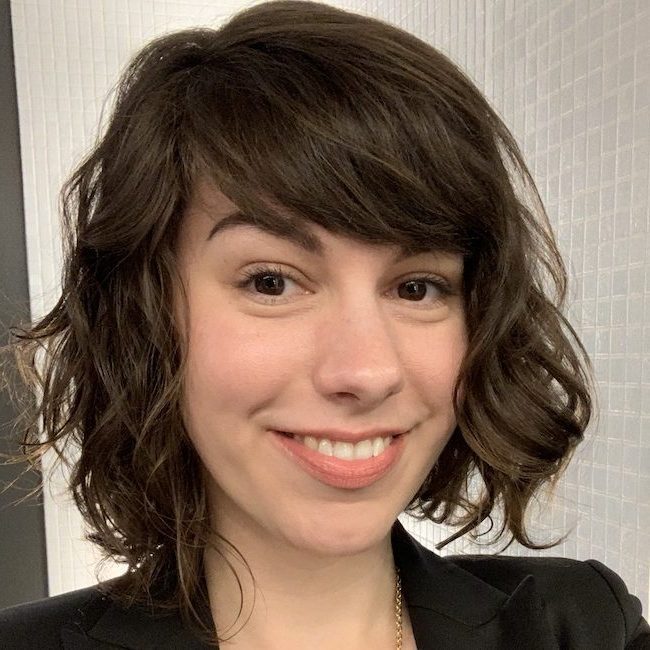 After six years of English language and literature lecturing and research at universities and community colleges, Courtney now works at the California State Teachers’ Retirement System as a Talent Acquisition Analyst where she educates the public (especially current and former educators) on how to transition to a career in civil service. Her passions include writing, design, knitting, kitty cuddling, and long meandering walks. You can add her on LinkedIn here. 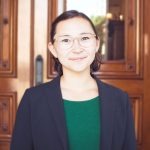 Meagan is a Finance Budget Analyst for the California Department of Finance. She works in affordable housing policy and is grateful to join in the Administration’s efforts to facilitate development and reduce housing costs. Meagan is a third-generation Californian and a lover of her hometown of Albany. For her, public service is the perfect combination of an opportunity to give back and an outlet for excessive pragmatism. She has a B.A. in Public Policy and Environmental Analysis from Pomona College. Outside the office, Meagan identifies as an eager slow-pitch softball player, an unapologetic board gamer, and a proud big sister. 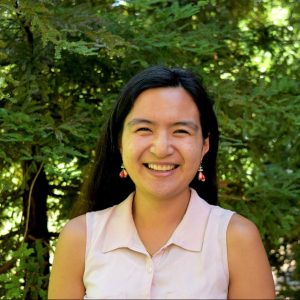 Angela works as a researcher at the Council on Criminal Justice and Behavioral Health, which seeks to improve the quality of community-based health care services for people involved in the criminal justice system. She is committed to research that produces useful, actionable findings. In her spare time, she enjoys trying out new recipes and spending time with family and friends. 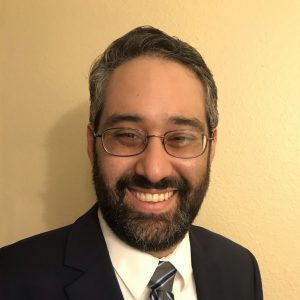 KC is the Chief of the Financial Management Branch for the Department of Housing and Community Development. He oversees the strategic use of the Department’s resources to support its mission. KC is passionate about workforce development and process improvement, and has spent his career mastering the art of getting things done within the framework of government. KC earned a Bachelor’s degree in Political Science from the University of California – Irvine, and a Juris Doctor from the University of California – Davis. KC enjoys board games, reading, and watching cartoons with his daughter.